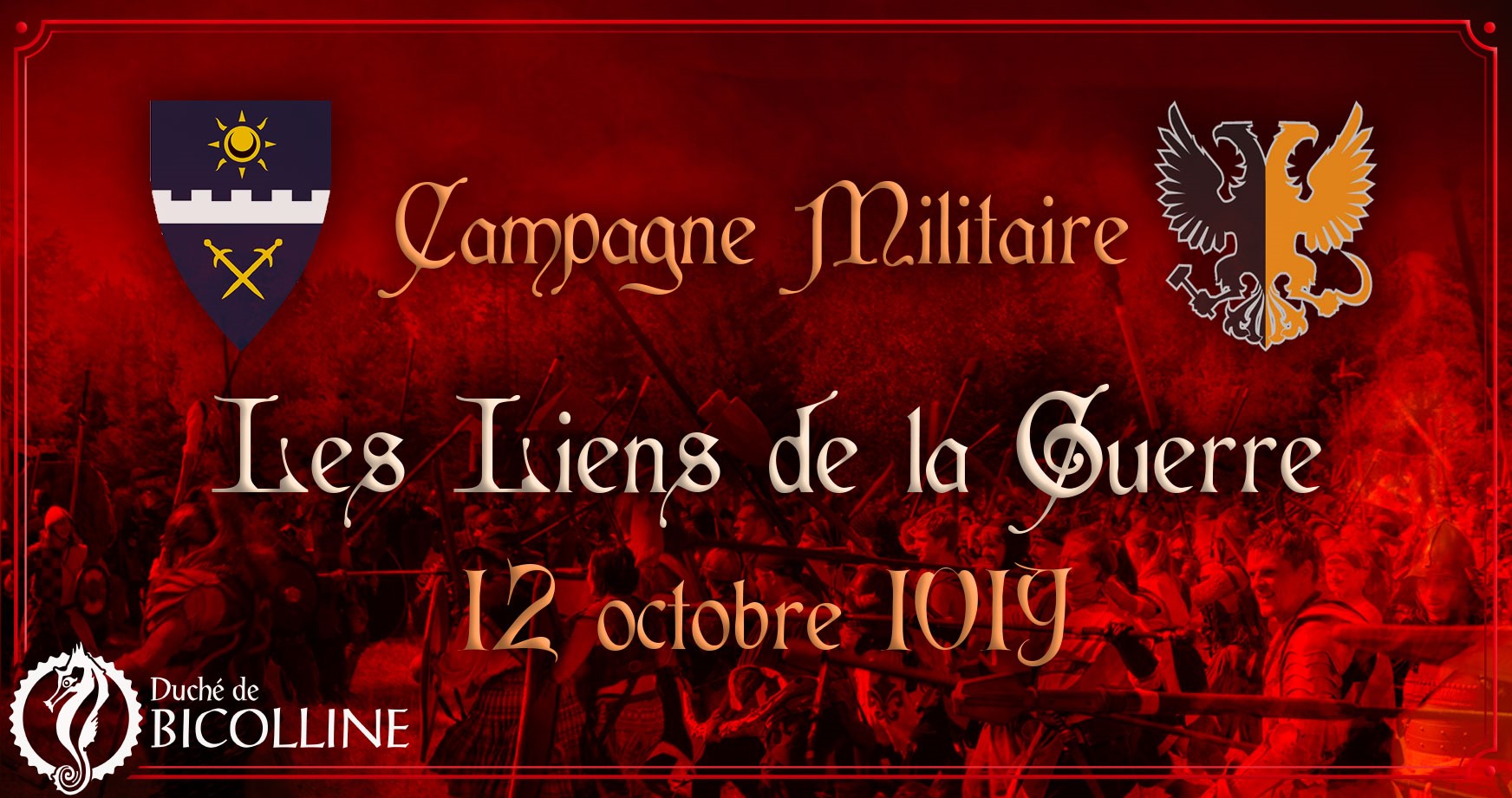 Date of the activity

This is a combat activity opposing two fronts throughout various scenarios. During this activity, there will be 2 campaigns at the same time. The two campaigns will play the same scenarios, but not at the same time. There will be 2 teams of marshals each assigned to a campaign. At the end completely, the two fronts of Campaign A will work together to confront the two fronts of Campaign One to determine which one is the best campaign.

Choose your camp carefully... all actions have repercussion in the Bicolline geopolitical world!

There are links, forged in the war, that no longer break apart. The bonds of soldiers who shed their blood together, whose songs unite to challenge the enemy, who advance side by side in the midst of chaos and death. The warriors of the Empire and the fighters of Andore have forged such bonds over the years.

But Andore and the Empire fight so often together that it is possible to ask the question: which of the two, after all, is stronger? If these two nations were to tear each other apart, who's flag would still fly at the end of the battle? The Hellequins and Montfort troops will try to close the issue once and for all. A full day of military manoeuvres involving both guilds and their allies has been declared!

The imperial griffin or the Andorian crown, which is more to fear? When the sun sets on the battlefield, then les Terres dy Centre will know.

Registration includes 2 meals (lunch and supper, as well as access to the following tavern evening.

* Registration in non-refundabe or transferable to another activity. It's possible to transfer your participation to another person for the same activity. Please contact us at info@bicolline.org before the activity begins to inform us of the replacement.